Another year, another list. I typically pour an unreasonable amount of blood, sweat, and tears into my lists due to my mercurial nature while writing, but I’m trying something new this year: Brevity.

As I often change the rules of engagement with my lists, I’ll lay out 2016’s ground rules. First, I’ll include only games that came out this year. After that, I’ll wrap up by mentioning several afterthoughts because of my extensive backlog cleaning earlier this year. 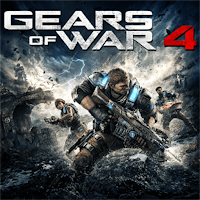 Gears sort of doesn’t deserve to be on here, but I did play a ton of multiplayer, and it came out in 2016. Lean qualifications, but it just made the cut because I was able to recapture the original Gears magic for a month or so by playing with a large group of friends consistently. I didn’t play the campaign, nor do I have any plans to do so in the near future because Who Cares.

I haven’t put even a full 10 hours into this game, but that’s was enough for me to appreciate what it offers. Let It Die does a wonderful job of including everything that’s missing in a lot of games today, from actually-addicting gameplay to nearly unparalleled quirkiness. It’s Deadly Premonition meets Souls meets every dystopian thing ever across all media. The free-to-play model limits it slightly but not so much that casual gamers can’t get a substantial taste of it. If you’re fascinated by the esoteric minds of the industry’s Japanese avant-gardes like SWERY, Suda51, and Hideo Kojima, this game is for you. 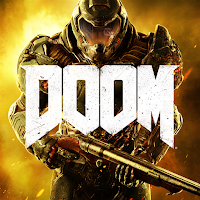 The glory days for the original DOOMs died with, well, the original DOOMs. DOOM 3 was one of those games that I remembered fondly through the veneer of nostalgia, but when I revisited it on the BFG Edition in October 2012, I realized it didn’t age well. Looking past 3, the full-blown 2016 DOOM remake did the 23-year old franchise justice. Violent demon slaughtering, heavy hellish music pounding, and no-reload guns blazing action came together to deliver a satisfying, visceral modern-day gaming experience and gorefest. (Note: I played the multiplayer for two seconds. Campaign is where it’s at on this title.) 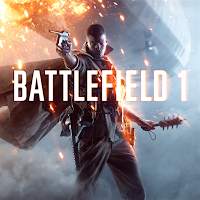 When I played the beta, Battlefield 1 made a great impression on me. I sat out the first two months of its launch until I was able to pick it up at Black Friday, and I fell in love all over again. This coincided with the purchase of a beautiful new TV, and I can say that BF1 is one of best looking games of 2016 if not the very best (I’m looking at you, Monte Grappa). I love being able to set the record straight in my end-of-year lists because I didn’t give BF1 enough love on the podcast. I admit, I’ve played only the intro sequence of the campaign, but even it alone is poignant. As a gamer, it’s an effective way to put things in perspective when you think about the countless men and women who have sacrificed themselves in service of our great nation. 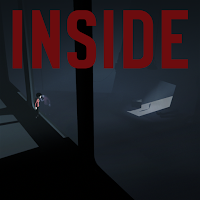 The spiritual successor to Limbo is one of those games that’s hard to talk about without giving away too much. Suffice to say, it’s wholly deserving of all the awards it’s won. It’s thought-provoking, it’s disturbing, and it’s a dark, surreal ride you won’t soon forget. Be sure to experience this game in 2017 if you missed it this year. 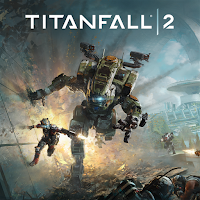 Titanfall 2 is empirically the most pleasant FPS surprise of the year. It’s also the one shooter on my list in which I fully experienced both the multi- and single-player experiences. The campaign is fast-paced, grandiose, and humorous, thanks mostly in part to your trusty Titan, BT-7274. There are mind-bending visuals and firefights that are fun and moderately challenging without being annoying. In fact, one of the most common complaints I hear about this is that the campaign is too short. Personally, this was a plus for me because getting through a game quickly is a treat for me when I play so many intensive RPGs and the like. It was just the right length for me, and I actively enjoyed every second of it. The multiplayer is equally satisfying. When on foot, it’s similar to CoD, except good. When in a Titan, it’s an empowering and exhilarating battle experience time and time again, especially when pitted up against another Titan. Even trying to be as objective as possible, I’d say TF2 is the most underrated/underplayed game of the year. 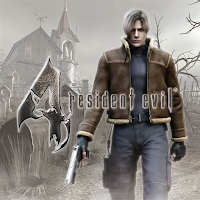 Yes, I’m using a technicality to make it qualify – this version is “new” to 2016. However, it was a fresh experience for me (60 fps, all versions’ extra content included), so let’s just roll with it. All kidding aside, I’m always amazed by how many people haven’t played RE4. Do you like Gears, Mass Effect, and the over-the-shoulder shooter style in general? Yeah, you have this game to thank for it. This is truly one of the greatest video games of all time, and part of its purpose on this list is to serve as a public service announcement, not unlike the Metal Gears on my 2015 list. If the pre- and post-4 Resident Evil games aren’t your cup of tea, I totally understand that. But if you haven’t played this one, taking care of that is something you owe to gaming. Resident Evil 4 permanently changed the industry, for better or for worse. 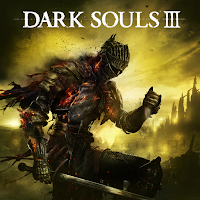 If you’re a listener of the podcast, this won’t come as any surprise to you. Frankly, this is my least favorite of the Souls franchise, but it’s still better than 90% of games out there. It’s just that I believe this series peaked gameplay-wise with Dark Souls II: Scholar of the First Sin, and Dark Souls III is both a satisfying and appropriate last stop for the series. I tore through it fairly quickly because I couldn’t put it down. It was most definitely influenced by Bloodborne, especially in regard to the game’s speed and style of battle, so I’m glad the Souls games will end with their separate identity still intact. I’m looking forward to playing the remaining DLC as well. While Ashes of Ariandel wasn’t the best DLC the franchise has churned out, it was still well worth the time and money invested, and I was happy to have a reason to pick the game up again. 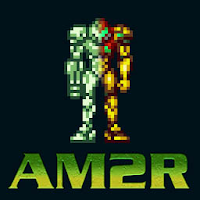 This shouldn’t come as a surprise, either. Metroid is one of 2v1’s cherished franchises and a personal favorite of mine as well. Nintendo, however, misguided assholes that they are, has grossly neglected the Metroid name and fanbase for far too long. Not surprisingly, when Metroid’s savior DoctorM64 came to breathe new life into our receptive hearts, Nintendo wasn’t happy. As far as I’m concerned, they don’t get to be unhappy – they reaped what they sowed for abandoning one of the most wonderful and storied video game franchises, with its last traditional 2D entry being released in February 2004.

Gamers, including myself, throw around the phrase, “I couldn’t put it down” quite frequently (see Dark Souls III above). But I mean it literally here. The exact time escapes me now, but I played through and beat it in a single 5-7 hour sitting. DoctorM64 did Metroid better than Metroid (Nintendo) has ever done Metroid. For the uninitiated, this was a full-scale remake of Metroid II: The Return of Samus with several tasteful and much-needed tweaks and additions. However, the core game and objective remains the same, with elements such as the environments and background tracks being revamped to modern-day standards. Even this music is true to the original in its substance but brilliantly recreated. But don’t simply take my word for it. You might have to do a little digging to find a way to play it because Nintendo sucks, but you owe it to yourself if you fancy yourself a Metroid aficionado like me. 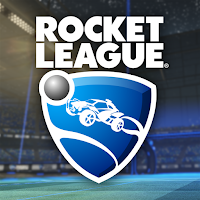 This is another technicality, as Rocket League was released on Xbox One in 2016, but at least it’s not as big of a stretch as Resident Evil 4. I must also disclose an important revelation: When I wrote this piece on December 29, AM2R was #1. Before publishing, I marinated on my choice for an evening, and I decided to give the accolade to Rocket League the day after. Yes, this is my final answer.

I’ve poured weeks (literally) of playtime into it, and among my friends, it’s our go-to social gaming destination, whether it’s before playing Halo 5 for which I still have a soft spot, after playing Titanfall 2 or Battlefield 1, or the main gaming event for the entire evening. The countless laughs, inconceivable goals/saves, and fond memories I’ve made playing this unbelievably fun and horribly addicting soccer-inspired game are literally priceless to me. Even certain tracks, namely the rotating ones that begin playing upon booting up the game, evoke a powerful nostalgia for me, and I haven’t been playing the game for even a full year. In summary, Rocket League played the most significant role in my hobby of gaming for most of the duration of 2016, so it’s my personal Game of the Year.

1)      Dark Souls II: Scholar of the First Sin. Dark Souls is The Best Game. That’s a 2v1 inside joke, but seriously…Dark Souls II: SotFS is probably the best game I’ve ever played, in my humble opinion.

2)      The Witcher 3: Wild Hunt. Witcher 3 isn’t without its warts, especially if you experienced some pretty frustrating glitches playing it at the wrong time. But Witcher 3 is also like cheese and wine – it gets better with age (in your mind). It’s truly a magnificent experience and triumph for video gaming. Witcher 3 is the consummate RPG by which many RPGs will be measured from this point forward.

3)      Metal Gear Solid V: The Phantom Pain. Metal Gear steered away from Metal Gear with this entry, but it’s in the same category of esteemed video games as Souls and Witcher 3. It’s the perfected formula within its own franchise. This was another “couldn’t put it down” experience.

4)      Hotline Miami 2: Wrong Number. I loved Hotline Miami 2, but wait for it…I actually liked the first one better. Can’t remember if I’m in the minority here. I’m also more nostalgic for the music in the first one, and that’s a huge bias factor for me.

5)      The Wolf Among Us. This would have been MUCH higher on my list if I included games that came out prior to 2016. My favorite Telltale to date.

6)      Fallout 4. I’m glad I finally came around on Fallout 4. It was a great game, but it really wasn’t anything new, and the aspects that were billed as “new” weren’t particularly exciting or worthy of time investment. Fallout needs an overhaul and a new engine.


A final note to readers, listeners, and supporters of the 2v1 Podcast: Thank you! You've helped make 2016 an exciting year for us, and we're looking forward to what's next in 2017. Enjoy the rest of the holiday season, and have a Happy New Year!