I'm a little late on this one. 2016 is the first year where it feels like music sort of slipped away from me. Heavy and fast music has been a part of my life for so long now that I almost take it for granted. Many times this past year I thought to myself "I'm not actively listening to many albums" which is a really strange feeling - and it was another great year for the metal scene!

While music took somewhat of a backseat, there were still plenty of albums I spent some time with. I was surprised that I had managed to still hear enough to have trouble narrowing it down to 10. Like last year, there's no real order.

Winterfylleth - The Dark Hereafter
Their previous album was my 2014 album of the year. Something about Dark Hereafter just didn't grab me. There's some good stuff here but I'm wondering if they maybe peaked (personally) with Divination. Either way, another competent, atmospheric folk black metal record.

Destroyer 666 - Wildfire
I love this band - but don't listen to them much. There was a period where I listened to them a ton and then suddenly stopped. I'm so glad Wildfire rekindled my appreciation of their anthems to our inner animal. Unforgiving while light-hearted black thrash that makes you pump your fist.

Grave Miasma - Endless Pilgrimage EP
I really liked their debut album, Odori Sepulcrorum, and Endless is another great experience in 'cavernous' death metal. Death metal in general had a pretty standout 2016 which is why this isn't in my top 10.

Bölzer - Hero
I was anxiously waiting for a full length from these guys after 3 highly enjoyable EP's. They're a weird band - blending death/black/psychedelic rock into something pretty special. Hero is quite different from their EP's, and I love when bands experiment and grow, but some parts just don't work for me. Still worth checking out.

Abbath - Self Titled
It saddens me there was some strife within Immortal that led to the main man, Abbath, departing. Immortal is one of the oldest - going all the way back to the beginning of Black Metal as its known today. Abbath put together basically the next Immortal album under his own name and it's a good one.

Inquisition - Bloodshed Across the Empyrean Altar Beyond the Celestial Zenith 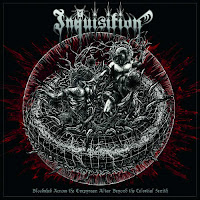 Inquisition returns with another mouth-full title exploring the realm of cosmic black metal that exists beyond the veil of our pitiful mortal existence. A two-piece that has been consistently improving on an aging genre, Inquisition delivers possibly their heaviest record yet. I have a hard time wrapping my head around some of the sounds a single guitarist can produce (I can't wait to see him do it live this year with Mayhem) and the drumming is so thunderous that Bloodshed is a really standout release in an extensive discography. I think Dagon really found the right tone for his vocals on this one, too.

Sumac - What One Becomes 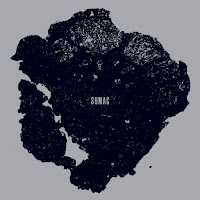 Sumac took my breath away with their debut, The Deal, in 2015. The Deal was easily one of my most-listened-to albums last year - a blast of sludgy riffs and heart stopping drums that wasn't afraid to revel in long droning passages. What One Becomes is an outstanding follow-up. Where The Deal felt like Sumac was trying to prove themselves, What One Becomes feels like a self-reflection on where they might be going. It makes me anxious and calm at the same time. It allows me to explore the things that make me uncomfortable. I can't wait to see what this band does next. 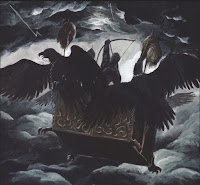 Deathspell Omega is a band that requires study and many listens before any sort of understanding can be gained. Their style is discordant black metal - experimental, swirling and abrasive. We haven't heard a peep from them for 4 years since their last EP, Drought, which came after they completed their trilogy of albums studying the fall of Lucifer from heaven. DSO takes their work quite seriously and it's apparent in the music. Synarchy is a continuation of the more technical and aggressive stuff seen on Drought. They have a unique energy that I adore but requires a specific mood for listening. 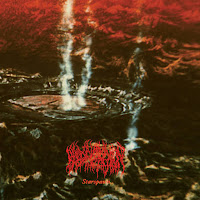 Here's a gem I missed until I saw it on tons of lists this year. I won't pretend to know anything about this band - except this album deserves the recognition I've seen. It quickly became a daily listen leading up to this list. Starspawn bounces back and forth between traditional death metal and progressive sensibilities. It's diverse, engaging and just fucking rocks. At times it reminds me of Death, one of my favorite metal bands of all time. Starspawn is dreamy, terrifying and uplifting. It's short and to the point - there isn't a second wasted. 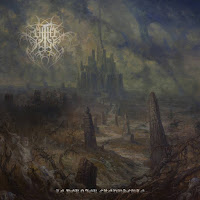 This is a weird one, I'll admit, and no I don't know how to pronounce the name. Plenty of bands go for the cosmic horror/Lovecraft influence but this is one that actually sounds like it hails from one of those unfathomable dimensions. I listened to Le Derneir Crepuscule a lot this year, and I'm not totally sure why. For the most part it's pretty traditional, murky death metal. But there's just something odd happening on this record that is extremely appealing to my ears. The riffs are oppressive, the vocals other-worldly at times and just overall dark as hell. But sort of bouncy and fun too? And gross. 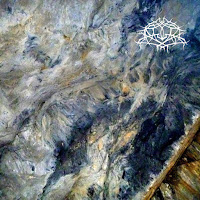 Krallice is another band that requires study. Their songs are dense, layered and chaotic. I had their 2015 album, Ygg Huur, on my list last year. While I enjoyed that album, it was rather different than their typical style of long-form, technical black metal. They began 2016 with Hyperion and ended with Prelapsarian, both of which are a return to what I typically expect and I like both so much that I couldn't just choose one. 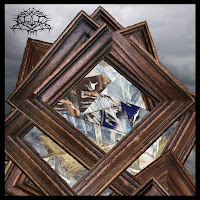 Everyone involved in Krallice is an absurd musician, juggling multiple projects at once, while still managing to produce these self-contained examples of sonic assault. I still can't really explain this band. I'm not musically trained and most of what's happening is probably lost on me. That sounds like weird praise - but the way they build atmosphere without ever letting their foot off the gas is consistently appealing. It feels like a triumph when I find myself in tune with a rhythm. 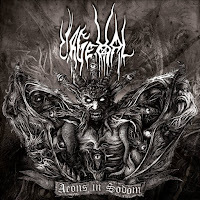 How about a breath of fresh (stifling?) air after all these technical bands? Urgehal's main man passed away a few years ago and it left me wondering if they'd retire the band. Instead, they did one final tribute to him by collecting some of his unreleased tunes and gathering tons of black metal legends to provide guest vocals. Aeons in Sodom is just pure, black-thrash fun. Urgehal has always come off as tongue-in-cheek while still producing some of the most rocking black metal - and Aeons is more of that. A fitting farewell. 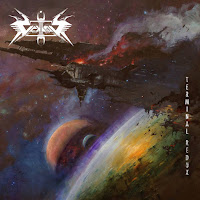 The end of 2016 brought a sudden change in Vektor's lineup - all but the vocalist/guitarist have moved on from the band. Which seems strange seeing as Terminal Redux is an incredible album that appeared to be launching them into the spotlight. Internal strife aside, Vektor's third release is a thrash metal journey into science-fiction and space. Easily their most ambitious outing - it tells a story of transcending the human form and what perils that may bring. And it seems that Vektor experienced some form of transcendence themselves. Playing with clean vocals, slower passages and occasionally some black metal, Terminal Redux is a triumph and shows considerable maturity compared to their first two albums. 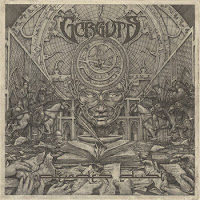 Ok so it's an EP and not a full length, but it's still 30 minutes long and just as impressive as a full album. Gorguts returned to the scene after a long hiatus in 2013 with Colored Sands - an album that floored me. I didn't do a long form written list back then but it could have easily been my album of the year. Pleiades' Dust is the long-form continuation of what we saw on Colored Sands: precise, dynamic and absolutely crushing death metal. I think Gorguts is one of the most exciting bands in this realm. Luc Lemay gathered up some of the best talent (including a guitarist from Krallice!) and put together something really special. I cannot wait to hear the next full length.


So I said I wasn't numbering this list, but there is a clear #1 for me: 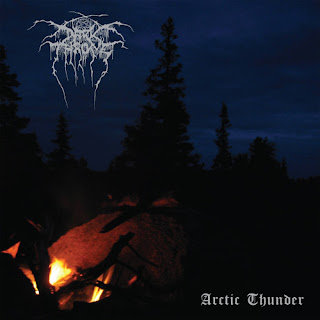 Darkthrone means a lot of different things to many people that appreciate extreme metal. Influential doesn't even begin to do them justice. If you haven't heard of them, you have some catching up to do. But a good starting point is surprisingly their newest album, Arctic Thunder. For the past 10 years, Darkthrone had struck some vein of crust-punk influenced heavy metal that I seriously love. It turned off some 'true kvlt' fans but fuck them. Darkthrone does metal in the best of ways: with utter devotion and adoration of the form. Their entire discography is a love letter to heavy music. I'm gushing.

Arctic Thunder is a return to the era when Darkthrone was doing, what I feel, some of their heaviest work (Ravishing Grimness through Sardonic Wrath) while still keeping a foot in the door of the past 5 albums. Arctic Thunder just fucking rocks with some solid riffs that beg for you to bang your head. Every song is something special, with a driving rhythm that never gets old. I've listened to this album a disgusting amount of times this year and it's one of my favorites from Darkthrone ever. If the underground scene has never done anything for you - this is the one to give a second chance.