Games That Came Out in 2017 That Josh Decided To Make A List For, Ranked

Each year this list gets harder and harder to make, 2017 was absolutely no exception.  I played more games this year than any other year in recent memory, 46 to be exact (of which 28 released this year) - and 2018 is somehow already looking to be just as impressive.  Now, please find for your reading pleasure, the arbitrary list of things I put together below:

Dearest Guilty Gear Xrd Rev2, Undertale, and Mario Kart 8 Deluxe,
You all should have made my list this year, but due to such an overwhelming amount of applications from 2017, I had to put yours aside.  Remember though, just because you weren’t new releases for the year (technicalities, I know), I still love you all enough to give you a nod and a mention.

Dearest Cuphead,
You got the short end of the stick on this one, and I apologize.  I like you so, so, so much, but a last minute addition to my top 10 just happened to swoosh in there and knock you off.  #Blame2017.

Dearest Pyre,
It’s not you, it’s me.  You were easily one of my favorite games of 2017, but the year as a whole was just too damn good.  Tell SuperGiant I’m sorry, and I still hold Transistor in very high regards.

Dearest Resident Evil 7,
We had some fun for a bit, but it wasn’t lasting.  Don’t get me wrong, I love what you’ve done with yourself, your whole ‘reinvention,’ and I love our time spent together this year.  It’s just, it wasn’t meant to be.

Dearest Lawbreakers,
I don’t know what to say.  I’m sorry we drifted, but do you blame me?  You just took too long to catch on, and I know that’s not your fault, but I can only sit in a lobby for so long.  I sincerely hope you get back on your feet in the months to come though.

Dearest Destiny 2,
I like you, I do.  It’s just not the time nor place anymore.  I have more important things to be doing (ie games to be playing).  Sorry?

Dearest Mario Odyssey,
Im sure I’ll be getting some flak on this one.  Just remember kids, everyone has their own likes and dislikes.  And it’s not that I dislike you, at all really.  On a list of 11 or 12, you’d absolutely place 11 or 12.  You do a lot of things really well, but nothing specifically great (opinion!).  I should stop now.

Dearest Uncharted Lost Legacy,
Another example for the amazing year of gaming.  You are absolutely a fantastic entry into the Uncharted franchise, one which any Uncharted fan should immediately dive into.

Dearest Matterfall,
You were arguably the most disappointing game of the year for me, and it saddens me to say so.

Dearest Nioh, Mario & Rabbids, Night in the Woods, and Hollow Knight,
Sorry I didn't get around to you all this year, but I'll see you soon enough.

And without further ado: 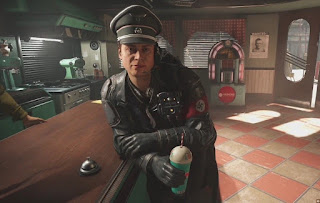 Wow.  Just, wow.  I knew you’d go some places with the fight against the Nazis, but wow did you go some places.  I will say, however, your actual gameplay wasn’t anything to write home about.  Was it bad?  No.  Was it average?  Sure.  But that’s not where my full investment was.  Terror Billy and his squad of resistance hooligans made for a surprisingly well-crafted group of characters, and some of your… moments… I will soon never forget. I don’t really know how Machine Games could top this entry, but let’s not forget who has yet to arrive: Mecha Hitler. 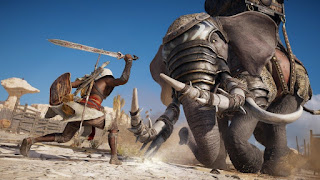 I’m coining a new term because of you, “Creed Syndrome.”  Definition: An annual, franchised sequel that has a facade of being different from the previous entries but only feels that way because of the extended time from the preceding games launch.  This is, by no means, a bad thing.  You managed to improve on a handful of ideas and concepts from the prior games and make a fantastic “Creed game.”  Bayek is an okay character (that’s a compliment), the gameplay is arguably the best in the series, Egypt is quite possibly my favorite setting yet, and certain missions lead to some entertaining moments.  I hope Ubisoft takes note of what they’ve done with you and hits the breaks again for wherever the assassins next end up. Prediction: Far Cry 5 will also have Creed Syndrome.

First and foremost, you were quite the surprise.  I approached you with full apprehension, yet became smitten with you for a few weeks.  What you lacked in narrative, you made up for with intense, satisfying combat in a uniquely realized world.  Although the die, progress, die, progress loop wasn’t always my forte, I found myself constantly needing to advance further and further in hopes of finding one of your near perfectly placed shortcut routes.  Which is perhaps what I found most enticing about slashing my way through the CREO facilities - a steady flow of “a-ha!” moments, where I was able to finally let myself breathe again.  I like you.

You are a very, very, late addition to my list, and we’re still not anywhere near being done.  For all I know, my opinion could completely change over the course of the next week. But as it currently stands, you are faaaaaaan-fuckin-tastic, and I honestly don’t see that drifting.  From the very opening cutscene to the little spurts of dialogue, I constantly find myself smiling.  The platforming is tight and fair, the level layouts are always interesting, and the difficulty is a perfect blend of masochism.  Are you perfect?  Not really.  A stage select screen, as opposed to world select, would have been nice for backtracking to missed collectibles, but it hasn’t really deterred me quite yet.  Above everything else, however, you consistently accomplish something very few games have done this year – make me work for something, while smiling at every accomplishment. 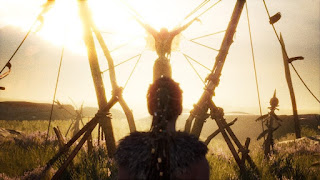 You made me uncomfortable.  There were moments through our journey where I genuinely felt uneasy, and anxious, and tense - emotions which aren’t always easily brought forward when playing an interactive story.  But you did it.  Yes, we could go on about your approach towards mental illnesses and how you were able to handle a subject which many may shy away from, and do it successfully, but that would disregard all other aspects of what I loved about you.  Your overall aesthetic - from the pitch-black swamps to the damp caverns to flowery meadows, from the voices echoing through Senua’a head to the popping of flames to the clash of blades amid battle -  I found all of which stunning and unforgettable.  While I still hope Ninja Theory goes back to their typical hack n’ slash in the future, I admire you for what you are. 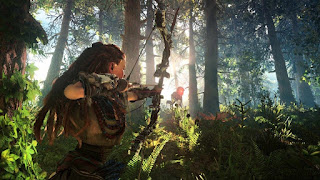 At a point where open world games have become a somewhat ‘known quantity,’ you came along and somehow managed to freshen things up.  Despite having a few open world staples, the way you approached them and made gameplay feel more natural was very welcoming.  You created such a likable cast of characters, and the hologram flashbacks of ‘current day’ characters created an intrigue into how the world went through such a drastic transition.  Not to mention you crafted one of the better story-lines of the year, with some fun twists and turns throughout the final chapters, and an out of the blue moment happening fairly early.  In a jam-packed year of releases, you are certainly one that shouldn’t be missed.

4) Dear What Remains of Edith Finch, 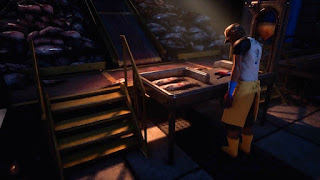 I can’t say much about my admiration towards you, or rather I don’t want to say much.  Your little surprises should be left for the player to discover, which there were plenty of - the way you focused your vignettes around unique mechanics (the cannery scene is one of my favorite moments of the year), how you advanced your narrative through different perspectives, how you constantly left a sense of mystery behind your doors (and left some of that mystery ambiguous come the end).  You are perhaps the most surprising game of the year for me, and one that I wholeheartedly wish more people would choose to experience. 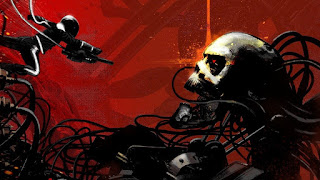 You made an addict out of me.  You were an addiction I couldn’t kick, nor wanted to.  You were, and still are, a spectacle in practically every twin-stick/bullet-hell way imaginable.  Dare I say it?  You’re perfect for what you are, and I don’t care what others may say.  You were made for me.

You did it, you’ve convinced me.  You made me give Nintendo a chance and I genuinely couldn’t be happier about it.  And even though there’s a high probability we don’t make to Calamity Ganon any time soon, the hours we’ve already spent together have made you something special.  Your sense of adventure and surprise is practically unparalleled, and your lack of player direction is quite relieving.  I constantly find it hard to put you down; you somehow have this “one more ‘thing’ to do” aura surrounding you.  You deserve every accolade you’ve been given this year, and I look forward to continuing our journey for the hours and hours to come. 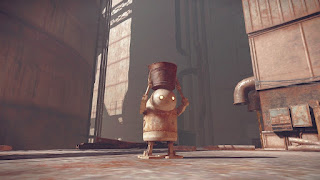 I think about you on an almost weekly basis.  I never want to forget our moments together, both the good and the bad, and will probably be coming back to you annually.  You are a certainly a catch, and had me digging through your background and lore for days after we were through.  You still somehow make me hold back tears when seeing certain online images or videos of your struggles, even months after we experienced them together.  Am I gushing over you?  Absolutely.  You are truly an unforgettable experience, and if these sentiments don’t constitute giving you my game of the year, then, well, what should?
Posted by Unknown at 4:25 AM